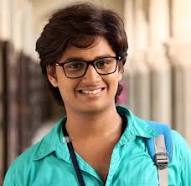 This website is dedicated to Abhinay and Berde Family to provide the latest Marathi news, movies updates, upcoming Marathi movies, and other useful stuff that can help to Marathi readers.
You can find useful information in this website including Abhinay Berde upcoming movies, about Abhinay family, news and activities from Marathi film industry which may be related to Abhinay Berde or Marathi cinema, and Marathi stuffs.
Read About AbhinayBerde.com. 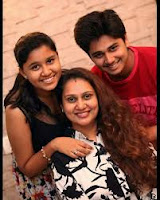 As of today, there are two films in the name of Abhinay Berde.  With hope, the year 2019-2020 will be more movies list for Abhinay Berde and we will update the according to information would be available.

Along with Abhinay Berde movies list, we also do provide the name of other Marathi movies for the reference and information purpose to our website readers.  Here, we are providing a list of released, upcoming marathi movies list by 2020.


Respect is a marathi movie of seven women in which Abhinay Berde's sister, actress Swanandi Berde has a role one of them.  Read more about Marathi movie Respect story and cast.

The hairstyle of Hindi as well as Marathi movie actors, the actress is a fashion trend among the actor or movie fans.  The craze of hairstyle is one of the old fashion where youth follow up the new hairstyles according to new films are released and by seeing new hairstyles in the new movie, youth try to make their hairstyle like film actors.

Likewise, Abhinay Berde's hairstyle is also craze and popular in youth.  Abhinay's debut film Ti Saddhya Kay Karte hairstyle got famous and fans are trying to make the same hairstyle like Abhinay'.  On an exclusive interview with one of the top media channel, Abhinay shared the secrets of his hairstyle and how he has been taken care of his hairs since childhood to make them silky, stylish and smooth.  Read Abhinay Hairstyle Secrets Tips.

Home
Subscribe to: Posts (Atom)
* This website is made by Fans Team Members. (NOT Endorsed By Actor Abhinay Berde).