Abhinay Berde is very active on Instagram and sharing his latest photos regularly.  According to Abhinay Berde's Instagram account, so far we have found the following information and we are updating this post regularly.

Abhinay Berde have 94000 Followers on Instagram and he is following 412 people.
His latest status on Instagram as well as on Twitter Account he has posted that he is a Nuclear Scientist.  His New Hobby is Kissing Mosquitos with Rackets. Abhinay Berde has posted more than 100' images+articles+status on Instagram.

We can see the rare pictures of Abhinay Berde on his Insta account.  There is a Childhood pictures which got most likes and message in his account by his Followers/Friends.

We can also find the promotion images of Abhinay first Marathi movie Ti Saddhya Kay Karte along with movie's other stars like Ankush Chaudhari and others while shooting, and during the promotions.

While going through his Instagram account we found a rare photo which he had posted in March 2017.  This is unseen photo with his Father Laxmikant Berde along with Producer, Director Mahesh Kothare, when Abhinay was baby. 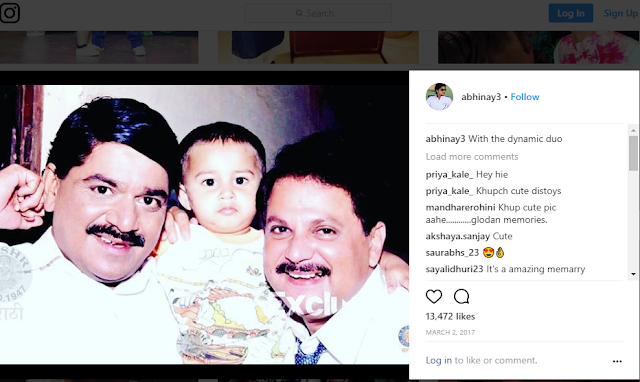 We also found a Family photo of Abhinay Berde along with his Mother, Actress Priya Arun-Berde, Swanandi Berde. 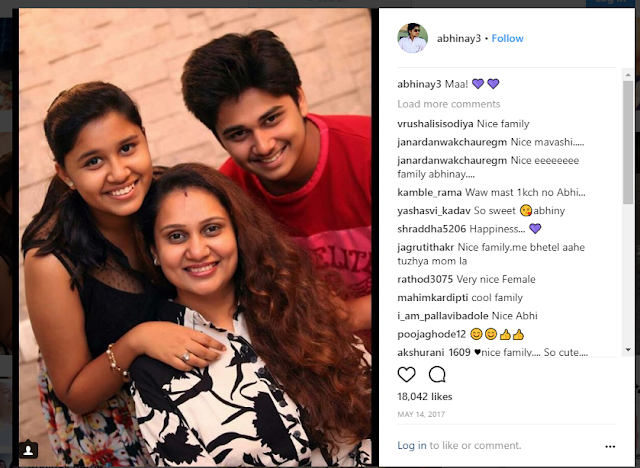 Abhinay Berde is son of famous and legend artist of Marathi Cinema Laxmikant Berde and Priya Arun-Berde.  He is the eldest son of his parents born in 1997.  He also have a younger Sister and her name is Swanandi Berde.

AbhinayBerde.com is dedicated to Berde family and today we are really missing Laxmikant Berde who passed away in 2004 when Abhinay was just 7 years old.

Today Whenever we see Abhinay Berde, we found Laxmikant Berde is presented in him as we can find a shadow of his Father.

Abhinay Berde performed his best role in Ti Saddhya Kay Karte, a romantic movie leading by him and Ankush Chaudhari and other famous faces of Marathi Cinema, Television Stars.
This was the first movie of Abhinay and he got a good start in Marathi movies.  The movie Ti Saddhya Kay Karte god an excellent response by Marathi Cinema Lovers as the movie collection had reached more than Rs 25 Crores in just 20 days. 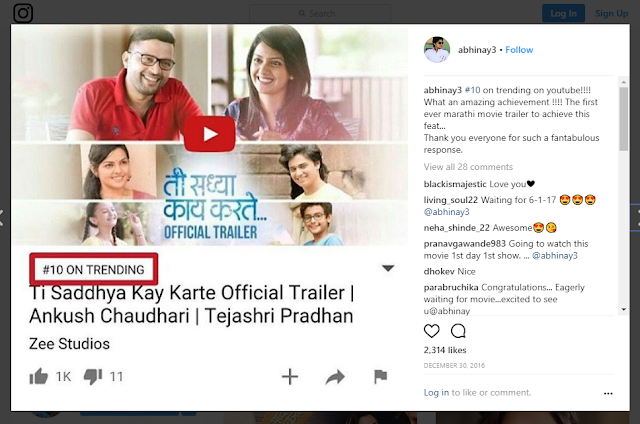 
As a part of promotion and excitement of first movie, Abhinay usually shared the first movie trailers on his Facebook, Twitter, Instagram accounts with promotional and movie banners.

Abhinay was nominated for Best Male Debut Award by City Cine Award.  And we can see that the image of Nomination in his Insta account. 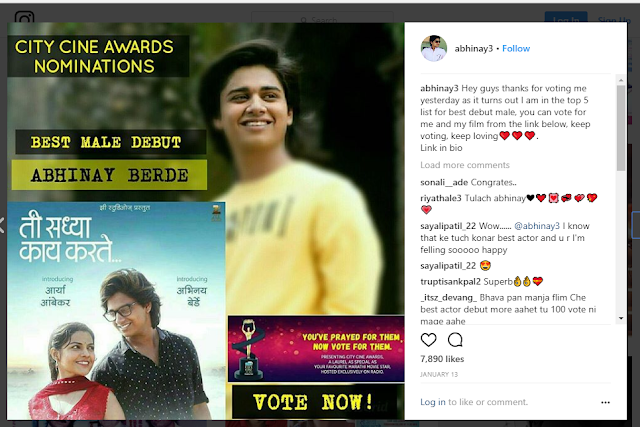 And.. the Winner announced by City Cine Awards after nomination for Best Male Debut and this award goes to ABHINAY BERDE.... 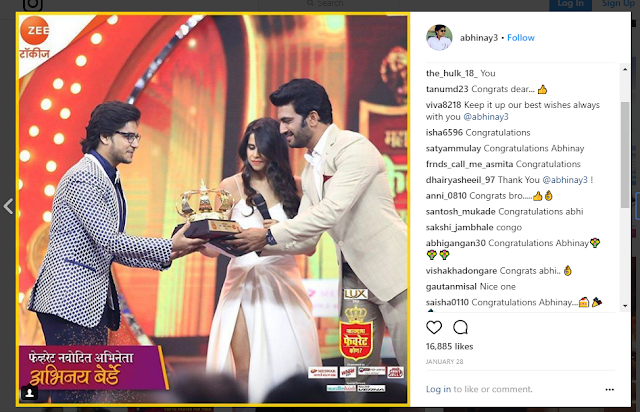